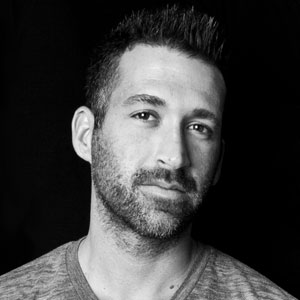 The advertising and media landscape has undergone a dramatic transition over the last decade. As consumers shift their media consumption to mobile devices, platforms and apps such as YouTube and Instagram dominate time spent online, and data-driven programmatic ad buying supplants spreadsheets and emails. For all the shifts taking place, however, our challenge as marketers to connect with consumers on an emotional level remains remarkably unchanged.

Looking back to 2007 you’ll find a very different world than the one that exists today. The iPhone had just been released, there was no App Store, Facebook had just 20 million members, HBO was only delivered via cable boxes, and the majority of people online browsed the Internet solely on a desktop computer (with half of them using dial-up!). Fast-forward to 2015 and it’s hard to find a corner of the media industry that hasn’t undergone a major transformation.

Roughly two billion people now have a smartphone, which has dramatically changed consumers’ media consumption habits. This has led to triple-digit growth in mobile app usage while desktop browsing has remained flat, even with broadband penetration now at close to 80 percent. And it’s not just where we’re consuming media; the type of content is changing as well. Time spent watching online video has exploded. Facebook recently announced the number of video posts per person rose 75 percent worldwide in 2014.

More important, the patterns of content consumption are changing as well. Not too long ago a marketer could reach a target demographic by securing media at the right time during the right show. Now that audience is using a variety of devices and services to consume content anywhere they want, in very non-linear patterns. But with this change comes a dramatic increase in the ability of marketers to target and track their audience, allowing us to better craft messages that resonate with audiences.

At Saatchi & Saatchi, our work exists at the intersection of creativity and technology. From the tools and applications we use to create, to the platforms and devices that consumers use to engage with what we produce, the impact of technology is at the forefront of our creative process. So as we begin the second half of the decade, there are a number of emerging and maturing trends that we’re paying attention to in order to make advertising that is most loved and most shared:

1. The Mobile Revolution has just begun.

It’s hard to overestimate the impact the shift of mobile Internet use overtaking desktop is having on consumer behavior. Whether it’s planning a vacation using Pinterest or researching a purchase via Google, mobile devices are now front and center in consumers’ lives.

As consumption of live TV continues to fall, overall TV viewership is actually growing due to time-shifted consumption on devices such as DVRs and tablets. This change will ultimately lead to a predicted shift in advertising budgets, with digital spending overtaking TV by 2019. The screens may change, but the time spent consuming television and video programming will continue to dominate.

HBO GO was only the beginning for premium over-the-top content. The recent announcement of Sling TV by Dish shows a clear willingness by providers to innovate in this space and provide consumers the flexibility in programming consumption that they desire.

Programmatic buying is currently used predominantly for display (banner) advertising. But it’s also being used for video, mobile, social, and even connected TV ads. It probably won’t be long before buyers of traditional television commercials think about using the method as well.

5. Platforms are here to Stay.

Consumers have clearly indicated that Facebook, Twitter, Instagram, Youtube, and the other major platforms are where they choose to spend their time online. And with those platforms come native advertising formats that have unique creative considerations. Placements such as YouTube’s skippable video ads, Snapchat’s ephemeral images, and Twitter’s forthcoming native video units will continue to challenge marketers to think differently about how they structure their communications.

While all this change advertisers can appear overwhelming, it’s critical to remember that even with all of these new devices and platforms and ad formats, advertising is still an emotion-based business. Data, analytics, predictive technologies, and the like will continue to improve and be of greater importance, but they’re part of the how we go about our work, not the work itself. They should be considered tools that are in service of the story. Because while the landscape continues to morph and analytics become more targeted and refined, creative storytelling with the goal of forming an emotional connection with one’s audience has been, and will continue to be, the pre-eminent method for communication in 2015 and beyond. Big emotion will forever remain bigger than Big Data.

The Designer of the Future