Jumping from Satellites to the Cloud 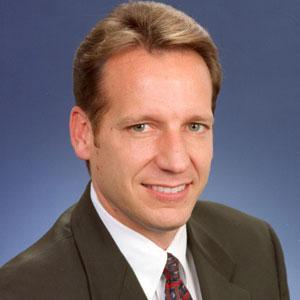 Media critics are calling this the “Second Golden Age of Television,” and with good reason. The quality of original programming in television over the last decade has  consistently improved; to the point that the historical ‘production value’ boundary between film and television has all but evaporated. This new-age programming has  the power to accelerate the penetration of new services (Netflix) and to rocket backwater cable channels to the top tier of viewership. Meanwhile, ‘anytime television’  promises consumer-driven access to content. It is all so variable.

"Despite the accelerating pace of change, many media companies are saddled with content distribution architectures that are locked in yester-year"

However, despite the accelerating pace of change, many media companies are saddled with content distribution architectures that are locked in yester-year. They are  dependent on long-standing satellite distribution approaches that are costly and require large fixed commitments. This pressure will only increase, as a growing  percentage of their viewers move to multi-channel on demand services. The ability to handle all this video, at scale, requires a new enterprise framework that is more  agile, leveraging the power of cloud and analytics.

A cloud-based distribution model offers many advantages: Media firms can slash infrastructure costs; affiliates can create new revenue streams by buying and  sharing programming; networks can better anticipate and respond to demand for special events; and the long-sought goal of highly-targeted TV advertising can finally  be achieved.

Under the current television distribution system model, affiliates are limited by satellite capacity constraints in how much programming they can  uplink and sell or share with other affiliates. When distribution migrates to the cloud, video content can move more freely, based on demand, and at a dramatically  lower price. Networks don’t need to buy and maintain millions of dollars of satellite equipment; they can buy capacity on an as-needed basis for events (and second screen services) that attract a sudden surge in viewers.

In addition, satellite distribution is vulnerable to the weather, and because of that, television networks must  manage redundant communication paths (multiple dishes), which are expensive to build and maintain. And although there is much excitement surrounding 4K TV (a high-resolution television format), it will be very difficult for broadcast networks to secure enough bandwidth in traditional models. In fact, in today’s HD resolutions, satellite capacity is so expensive that networks cannot offer specialized packages to regional affiliates, despite different demographics and programming needs. Ideally, a broadcaster should provide a different feed for each affiliate; and under a cloud-based system they could.

The cloud is also an excellent platform for data analytics. By linking distribution and analytics in an intelligent platform, networks will develop a more precise understanding of the  programming needs of individual markets. They can adjust schedules and content based on local demands. Advertising will become far more targeted, and potentially more lucrative for both  broadcasters and advertisers. Brands can create commercials targeted at viewers in specific locations or with specific profiles; and ad rates will rise in equal  measure.

Technologically speaking, a cloud-based distribution system is not an abstract idea that may or may not materialize. It’s here. In recent years we’ve seen  the birth of aggregators who manage large terrestrial distribution networks that are optimized for video by pulling capacity from a number of fiber providers. They  deliver live  content as well as pre-recorded content, which can be pushed out at a scheduled time, based on concurrency with other live content feeds. As IP  bandwidth continues to swell and encoding technologies continue to improve–we are now crossing the chasm.

New advancements in cloud standards are allowing  broadcasters to move applications into the cloud that minimize the overall risk data loss. Everything from business management systems to transcoding to data  analytics can now be moved to the cloud. The new systems not only move video faster, but they also reduce overall costs while providing enhanced agility. The bottom line is that media firms who embrace a hybrid, cloud-enhanced model will find themselves much better able to adapt to the changing landscape. They can create  innovative programming that meets the specific needs of their audience while simultaneously reducing overall expenses. The broadcast distribution model is  changing. Satellite distribution may have once been the only option, but as an industry predicated on scarce distribution–gives way to one that embraces ubiquitous distribution-it may just be time to embrace a new Media Enterprise Framework.

Quality Engineers: How To Stay Relevant?

The End Of An Era What Youneed To Know For A Cookie Less Future In...

Simulators Are The New Way To Extend Beyond Virtual Reality

Scott McMillan – Manager of Technology and Innovation at Melbourne Water