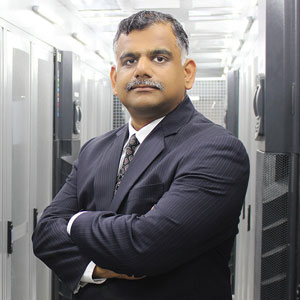 Ramki Sankaranarayanan, Founder & CEO
Every minute, 300 hours of content is uploaded on YouTube from various corners of the globe. This statistics portray the behavior of the cord cutter generation in terms of consuming content through non-traditional methods. The volume and philosophy of content is fundamentally changing—the foresight of an inevitable digital revolution underway in the media and entertainment arena.

Traditional businesses were regional, whereas now, the power of the internet has revamped the entire scenario. For instance, previously Warner Brothers could sell an English version of the content to a broadcasting station and not be bothered about its consumption in the non-English speaking world. Today in the digital era, Netflix which operates in 66 countries expects Warner Brothers to provide them content which is ready to be consumed in all these countries simultaneously. “Many media and entertainment companies do not have the digital tools and automation as a business to deal with this sheer volume and velocity at the same time,” reasons Ramki Sankaranarayanan, Founder & CEO, Prime Focus Technologies (PFT). PFT’s transformational solutions virtualize the content supply chain and digitally mediate enterprise workflows to manage not just the content, but the business of content.

As part of empowering an enterprise to deal with the digital opportunities, Sankaranarayanan equates PFT to the likes of SAP and Oracle in the conventional ERP business arena. PFT’s ERP suite of tools—CLEAR virtualizes the business processes around the content across the customer’s various business units and departments. CLEAR is a hybrid cloud technology-enabled unique media ERP suite that centralizes content to drive creative enablement, and enhance efficiencies and sustainability. Uniquely tailored for the Media and Entertainment segment, CLEAR helps broadcasters, studios, brands, sports, and digital organizations to digitize the way they work, giving them agility, along with 30 percent reduction in overhead costs, and 40 percent gain in efficiencies. “Our software is unique because of the ready to use type of concept, time to market, cost reduction and monetization opportunities it presents,” states Sankaranarayanan. “At PFT, we take content protection very seriously. PFT is ISO 27001 compliant.”

Delivering content to over 500 destinations globally, CLEAR hosts 350,000 hours of content and facilitates over 10 million files every year for syndication and VoD fulfillment. It manages workflows for more than 35,000 hours of subtitling and closed captioning, over 5,000 hours each of dubbing and mastering and management of over 100,000 new TV episodes every year. Cloud being the new business elixir, PFT also offers a suite of Cloud-Enabled Services including Content Preparation & Delivery leveraging CLEAR Operations Cloud, Cloud Storage, Digitization & QC, Localization, Metadata, Digital Playout & Live Streaming, Post Production and 4K Re-Mastering & Up conversion.

In the challenging arena of enterprise digitization, Sankaranarayanan’s expertise and foresight is energizing his team to ramp up operations. Prime Focus’s glocal approach and WorldSourcing model allow the firm to leverage the right talent at the right place to manage the business of content more efficiently.

Their global network of more than 1,500 employees in all major content markets–Los Angeles, New York, Toronto, London, Johannesburg, and Mumbai operate close to the studios, broadcasters and brands, with local talent operating out of these facilities.

That apart, PFT’s acquisition of DAX, the creators of the Primetime Emmy Award winning and patented Digital Dailies has helped them to extend their capabilities further down into the production workflows—providing workflow solutions to 28 of the 55 television nominees, including seven Golden Globe winners. “DAX Digital Dailies allows for the secure exchange, collaboration, and distribution of work-in-process materials throughout the content creation and distribution lifecycles allowing more time for creative enablement,” says Patrick Macdonald- King, President, PFT North America.

Likewise, in their digital transformation project in 2011, STAR TV engaged PFT to deliver the ‘Go Digital’ program. STAR TV generates over 9000 hours of programming every year. With CLEAR Media ERP Suite, PFT virtualized STAR's content supply chain saving over 30 percent cost through the virtualization of content workflows. CLEAR on a SaaS model also ensures that there is no capital expenditure for STAR TV as it scales up its business. “We have a transactional model, that is, you pay for what you use,” explains Sankaranarayanan.

“Listening” is one of the cornerstones on which PFT is built. “We have enormous flexibility on how we conduct ourselves and the ability to very quickly modify our products that are more relevant in the digital context. On an on-going basis, we are proactively adding products and solutions—our 200 people strong R&D team portrays our focus and investment which is unmatched in the industry,” says Sankaranarayanan.

In the coming years, PFT will continue to be a very strong Cloud technology player through innovations that help clients to entertain and engage their fans and consumers. PFT is in the midst of helping businesses realize their potential to present content in a more interactive and immersive manner. 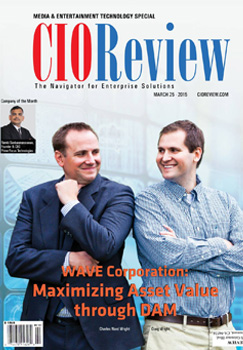