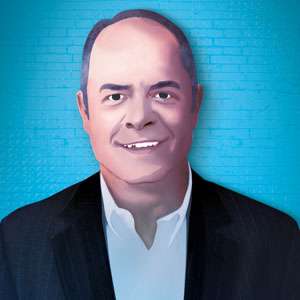 Ray Colwell, CEO Bob Dylan once said, “The times, they are a changin’.” Well, the singer may have been termed “futuristic” at that time, but his thoughts hold much prominence today. In fact, the world as we know it is changing quite rapidly, and technology has become the new currency. While MNCs duke it out over how many digital outdoor screens they can advertise on to attract more customers, a brand new and disruptive advertising concept has already unfolded in the city of New York. Imagine a platform which enables the tracking and cataloguing of torrent files and torrent networks in order to determine consumer trends and preferences based upon media consumption. Enter PeerLogix [OTCQB: LOGX]. The company’s platform collects torrent data, including IP addresses of the uploading and downloading parties (e.g., location), the name, file type, media type—whether movie, television, documentary, music, e-books, software, etc.,—and genre of media downloaded, and utilizes licensed and publicly available demographic and other databases to further filter the collected data to provide insights into consumer preferences to digital advertising firms, product, and media companies, entertainment studios and others.

Incorporated in February 14, 2014, the company provides a SaaS-based platform, which enables the tracking and cataloguing of over-the-top viewership and listenership in order to determine consumer trends and preferences based upon media consumption. PeerLogix’ Digital Audiences segments are available for targeting through various platforms and partnerships with digital signal processors (DSPs), Data Management Platforms and advertising exchanges. Individual household and address-level marketing data, including demographic, lifestyle, and behavioral information enables its clients to define and segment audiences. Meticulous data collection and cleansing allows it to recognize households by entertainment preference, by gathering raw data from music interests, television interests, movie interests and video game interests. It allows engaging fans of artists, shows or movies directly on Twitter and Facebook.

The content-sharing economy, commonly known as the torrent community, consists of approximately 140 million people worldwide sharing TV shows, movies, music, video games, e-books, and software with one another.
The PeerLogix value proposition is simple. By utilizing its extensive data, analytics capabilities, and industry-leading software, they have proven their mettle in delivering marketing groups to advertisers with engagement rates that exceed 80 percent than that of independent control groups. These outstanding results validate the strength and relevance of PeerLogix’s robust marketing platform and the superior value proposition it offers in directly engaging with the content-sharing economy.

PeerLogix recently helped Waterman’s Pack, a subscription service that delivers a curated watersports equipment package to its subscribers each month. Over the course of the 32-day campaign, Torrent IP Groups demonstrated a 26 percent rise in engagement over the control group and a staggering 6.3x higher click-through-rate (CTR). William Gorfein, the co-founder and Chief Strategy Officer of PeerLogix, stated, “We are extremely excited by the results of our efforts with Waterman’s Pack as they are emblematic of the unique power of our technology and its ability to target individual niche segments of the content-sharing economy on behalf of our clients. By actively engaging torrent households through the lens of those who have downloaded Watersports related content, we were able to deliver to Waterman’s Pack a group of valuable, brand-loyal consumers that carefully consider their purchases. We will continue to demonstrate our unique value proposition to customers across a wide array of industry verticals.”

The Intent to Improve Continuously

PeerLogix has completely re-invented the field of advertisement through its unique approach and technology, and believes in the idea of improving itself on a continuous basis. To this end, the company entered into an employment agreement with Ray Colwell to serve as the CEO of the company, last year. “We selected Ray given our current phase of development, which is one of rapid growth. It is no secret that cord-cutters and OTT users are growing by leaps and bounds; Netflix and their exponential user growth is a testament to this. Ray knows this industry inside and out and, given his background, provides PeerLogix with the leadership it requires as PeerLogix has become a diversified media and advertising data aggregator,” said Kevin A. Richardson II, the chairman of PeerLogix.
Gorfein further added, “With our pending acquisition of Waywire and plans for further internal and acquisitive revenue growth, Ray’s ability to translate our vision and strategy into execution will be invaluable.”

Colwell who has served as a member of successful executive teams, most recently as VP of partner sales at AOL has deep experience generating revenue in new businesses in the digital ecosystem and will be adding extensive value for PeerLogix’s future endeavors. “I am thrilled to be joining PeerLogix at this exciting time. The company continues to build a dynamic platform and I look forward to leading the company into a period of considerable revenue growth. My focus will initially be on driving revenue from our current suite of products, but I will also focus on platform expansion, increased innovation, internal growth, and through the evaluation of opportunities that are available to us now and which will become available to us as we grow,” states Colwell.

Our platform can categorize online activity in a multitude of ways deemed valuable for determining consumer interest such as movie studio, genre, TV network, and actor or actress

In addition, the company has also been awarded a U.S. patent that allows PeerLogix to track and collect data in regard to consumer preferences on streaming and downloading internet content such as movies, television series, and music. The audience activity data can be aggregated and catalogued in any way relevant to making determinations on user interest. PeerLogix monetizes the information by licensing and reselling to channel partners such as digital advertising firms, product and media companies and entertainment studios.

“This patent anchors and protects our company’s technology and gives us exclusive license for regulating the tracking, monitoring, and enforcing of consumers streaming OTT media amongst a multitude of streaming media applications using peer-peer technologies to function,” says Gorfein. “Our platform can categorize online activity in a multitude of ways deemed valuable for determining consumer interest such as movie studio, genre, TV network, and actor or actress. This patent puts us firmly on track to establishing our platform as the standard peer-to-peer audience measuring system in the online space.”

The company applied for two patents and the second application is pending and will allow PeerLogix to track, monitor, and mine consumer behavior on a multitude of peer-to-peer frameworks, such as distributed hash tables and blockchain. With new innovations on its horizon, only sky is the limit for PeerLogix.